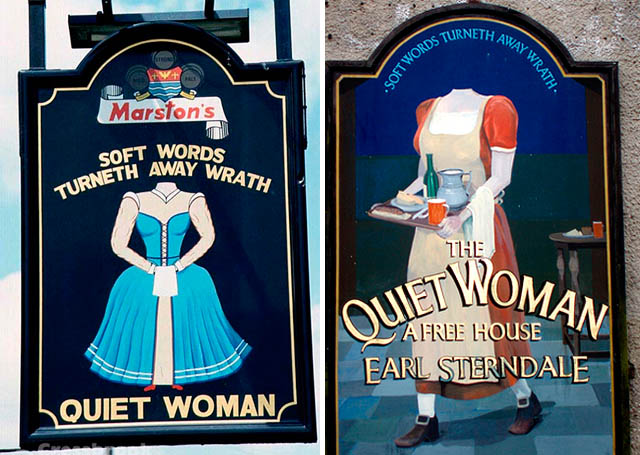 Ever wonder how your favorite pub got its name? Pub-naming traditions date back centuries, to the days when most customers would have been illiterate. Pictorial signs were hung instead of signs with words, so that people could associate the pub with the images on the sign. These images were often elements taken from noble coat of arms (the White Hart for Richard II, the Eagle and Childe for the Earls of Derby), animals, or occupations, among others.

Some seemingly nonsensical names are actually errors: Elephant and Castle is commonly thought to be a corruption of the name of a Spanish princess, “Infanta de Castile,” while Cat and the Fiddle is probably a corruption of “Caston la Fidèle”, one of King Edward III’s governors. Others, like the Pig and Whistle, are mispronunciations of Anglo-Saxon phrases; in this case piggin wassail, meaning “good health”.